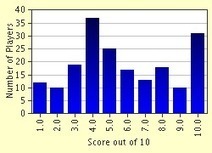 I again revisit the BBC quiz show Call My Bluff.Two teams take it in turns to describe an obscure word, which their opponents would have to correctly identify. Only one description was the true one.Here we go again.

To help students prepare for part 4 of the CAE exam introduce them to this Call My Bluff quiz and then get them to do their own versions. Another example of a traditional activity revisited 🙂

If you teach courses preparing students for external exams this is a great sites. It has a section with free resources and you can upload your own lesson plans too, so that teachers can build a sort of global database 🙂

Very interesting site that helps learners, or anyne else for that ,atter, to increase their reading speeds. Try it out 🙂

Last week I wrote a few thoughts on correction and how both oral and written language can be corrected meaningfully, in a separate stage from “within the task itself”. One advantage of doing this work as a separate stage, which is more of a feedback stage perhaps than a correction slot, is to get away from the emotionally penalizing message of direct correction, although, to be honest, I think there is actually a place for this as well, when done sensitively and helpfully. As long as the feedback from the teacher is not only correcting errors but is also truly communicative discussing the content of what the learners are saying and not simply the form all the time is something that most learners appreciate and respond well to.

On the whole, however, I am in favour of separating correction from the task itself and using learner errors as the basis of a new cognitive feedback task where learners can analyse why errors happen, discuss possible corrections and then experiment with these forms at some length, so that, in this way there is greater elaboration and processing of language beyond a merely superficial level of looking at what is right or wrong and then moving on. Following a survey I carried out with my own students I discovered, which came as no surprise at all to me, the fact that although nobody feels good when they have made a mistake, they all still want to know about their mistakes so that they can learn from them.

I would like to go further this week to say that using this separate stage as a focus space in the learning process for our students to elaborate the language processes comes under the heading of Demand High Teaching, which was first introduced by Jim Scrivener and Adrian Underhill at the Glasgow Iatefl Conference and was a hot topic at the Liverpool Iatelf Conference, this year too. This “meme” was introduced to question ritual teaching practices, where teachers apply the tenets of communicative teaching,  follow the coursebooks etc. , play fun games, and generally create “happy classrooms” but where the demand for learning is actually quite low, and the tasks themselves, or the materials end up being more important than the learners or the learning process and, I would add, teaching process.

Going beyond the Surface

There are undoubtably many classrooms around the world where the teachers are already applying meaningful techniques to materials in order to help their learners get the most out of them but there are also many teachers who are under pressure from their institutions to “finish 10 units of the book” or to “cover the syllabus for the exam” etc.  Scrivener points out the negative use of the word “cover” in this sense and how what it actually means is going over an exercise, for example, and checking the answers and as soon as one person in the class gives the correct answer, moving on to the next thing without stopping to question whether most of the class had really understood, what else they might be able to learn from this particular point or whether they had just got the right answer by chance. We all tend to be very aware of the time restraints in our lives, but sometimes, sadly, by trying to “cover” too much we are actually wasting time, as nothing is really explored in depth. The links I supplied above will take you to excellent videos explaining the thinking behind Demand High Teaching, which they explain, is not an approach, but a tweaking of what teachers are already doing to up the ante and enable their learners to get more out of the process.

These ideas, in my view, fit in very well with the Dogme ideas of the unplugged classroom, which was also, if you like, a reaction against the glut of glossy materials that are available, and that are often overwhelming for teachers, particularly those who are new to the profession, simply because there are so many of them. Although Dogme may focus more on the learner, whereas High Demand teaching is more concerned with the learning the two, I think, can work very closely together particularly when it comes to the question of emergent language: the “learner language” that comes up spontaneously in a lesson. A teacher may, for instance, notice in the course of a discussion, that one class has particular problems with weak sounds such as the schwa in “was” and “were” and decide to work on that. There are many ways to do this but here is one suggestion.

The language point above would come up as an example of oral production, of course, and notes can easily be taken of two or three errors, (or if learners are comfortable with this a recording could be made ). If this is going to be explored in some depth it is probably better to limit the items to two or three.

ANALYSIS AND “SELF CORRECTION”

In the next session these errors could be analysed as the first step. (learners look at the phonetic transcript of the error or listen to the recording, or choose from minimal pairs offered by the teacher etc. and correct them together).

This would be followed by a feedback stage where real discussion takes place. This means that the teacher doesn’t immediately say “good” when he/she hears the correct answer, or what he/she wants to hear, but listens to what people say, throws questions to the whole class, and sometimes even goes off at a tangent if he/she sees that particular learners have focused on something unexpected (i.e. not in the orginal plan). For a discussion to be meaningful the teacher must be prepared to flollow the ideas of the learners rather than simply imposing his/her own, although at times the learners may also need to be directed back to the main discussion too. This is all part and parcel of the classroom management skills which are inherent to good teaching.

The next stage grows out of the discussion stage, and may involve more work on the original pronunciation items that the teacher has chosen or may be focused on something else that has emerged from the discussion. Jim Scrivener provided a very useful handout at his talk in Liverpool which can be downloaded at this link which has a whole range of techniques that could be applied here, such as “asking learners to imagine the facial expression they would wear when saying the target language, or asking learners to listen to the pronunciation and then “replay it in their heads” rather than simply listen and repeat, which often does not give them enough time to elaborate it.

Further eperimentation is, in my view, not an extra but essential as it is only when you get to “make the language your own” that you learn how to use it effectively. If the original item analysed was something like “I was just sitting at home reading, when the rain started and then I saw that it was a tornado.” (This happened yesterday in an area quite close to me where some of my students come from) Learners might be asked, for instance to think of what they were doing at that point in time, and to tell each other. There is a wealth of activities that teachers already use that can be applied here. The key is simply to apply them meaningfully, allowing the learners the time and space they need to elaborate the language.

This may have come a long way from correction but it is, I think the natural progression of correction into feedback, which is a must if we want our learners to have the time to really process language. Going as quickly as possible to “cover the coursebook or the syllabus” means doing our learners a disservice in the long run as they will not have the time to internalize or to elaborate everything, literally of course, covering something means hiding it, instead of revealing the mechanics of the language. Listening to our learners, on the other hand, and helping to assist their learning process is one of the most difficult but possibly most rewarding aspects of being in a classroom. 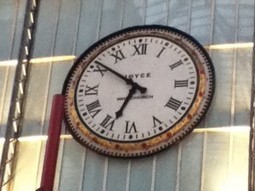 And the debate on correction continues…