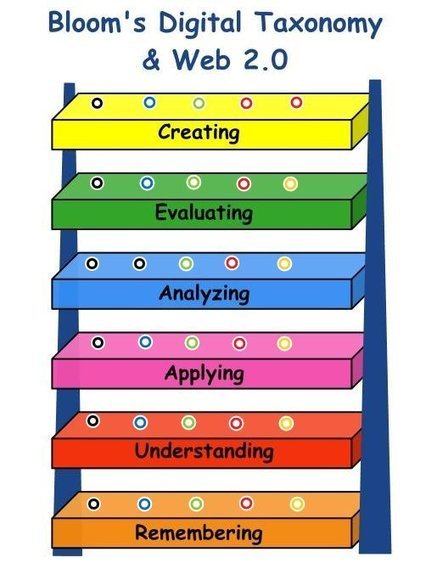 TOUCH this image to discover its story. Image tagging powered by ThingLink

Lovely tool. Try it Out.

Happy New Year! I know it’s September, but for most teachers this is the start of a brand new academic year, and here in Northern Italy the heat has abated and we can all breathe and even think again so we’re ready for it all to start up again.

This is a particularly exciting year for me as I’m starting an MA in ELT at Leeds Met with a focus on materials development and technology, so it could have been made for me. So, forgive me if I invite you along with me on this new adventure. I’ve decided to use my blog as a space for a reflective journal along the way, so it’s time to set off, all aboard the magic flying carpet…Let’s go.

“So what’s all this with the flying carpet?” I hear people muttering, and well you might, but there is a logic behind it I promise you. Our first task on the MA this week was to look at the ELTJournal debate between Scott Thornbury and Catherine Walter, which was held at the Liverpool Iatefl Conference this year. (You may remember the amazing story of how I broke both my ankles on the way to Bologna Airport and went to the conference anyway… Well my movements were rather restricted and I missed the debate at the time, but thanks to technology I can watch it on video, and it is well worth watching.

Quick Summary of the Debate: the motion was “Do commercially published course materials relect our learners’ lives and needs?”

I’m not going to tell you everything that was said but the gist was that Scott Thornbury argued convincingly against published materials reflecting learners lives, in that they are, of necessity, far too neutral to represent anyone. He did make the point, however, that it would be impossible for globally distributed materials to reflect specific groups of learners. In his own blog later, however, he went much further into the question of representation in coursebooks to say that the actual images of  a misleading world where everyone can do, afford and be anything, is actually dangerous promising things it can’t deliver, and misleading its users into seeing the world as being an anodyne, friendly place, where everyone is more or less the same. These are all criticisms that are often levelled at coursebooks, however, and Catherine Walter looked at the question from a different viewpoint. She did not argue with the fact that course materials don’t reflect learners lives but rather said that why should they, that she had wanted materials to “take herself out of herself” when she studied Spanish, and that their job is not to reflect learners but to be a starting point in teaching for teachers, who can then adapt them to reflect the learners’ interests and lives. She did argue, though that published materials reflect learner needs, which Scott Thornbury relying on corpus data said they did not. Catherine Walter disagreed saying that they provide learners with the language they need in a safe, supportive classroom environment before they go out and use it in the real world. She used an image of a motorway, and said that you wouldn’t start learning to drive by sending someone into the middle of a motorway, would you?

And the flying carpet?

Ah, you’re still wondering about the flying carpet. Well, I,like many others, generally like the image of a springboard, personally, when I think about materials. Good teaching materials, whether they are globally published or not, should be a springboard for the learner to leap off from into a discussion, analysis of language, discourse, pronunciation, or experimentation with language. This is, I think the role of materials in the classroom. After all, you use materials to create clothes. The materials themselves do not necessarily reflect the wearer’s live but the dress must do. In the same way teaching materials can always be adapted so that, for instance, a group of pensioners, that I was teaching, and who read about speed dating, said they would never do it themselves, but it sparked off a fascinating discussion on why people might do this, what attraction actually is and how dating has changed over the years. That was extremely relevant to them, and the language use definitely met their needs.

Oh yes, the flying carpet… well, I’ve now begun to think that I want my lessons to be even more than a sprinboatd, I want, like Catherine Walters to go into a magical, meaningful place in my classroom. We’re living in difficult times and many of my students will be hard pressed to find work when they leave university so at least in my classroom I want to leave them with something memorable that may even transform a little bit of our reality for a while. That is the way I want my materials to work and if they do then they truly are a flying carpet taking me and my learners on a voyage of discovery as we all learn from each other and create our own language as we go. (It just happens to be English)

I hope you’ll enjoy the ride with us 🙂